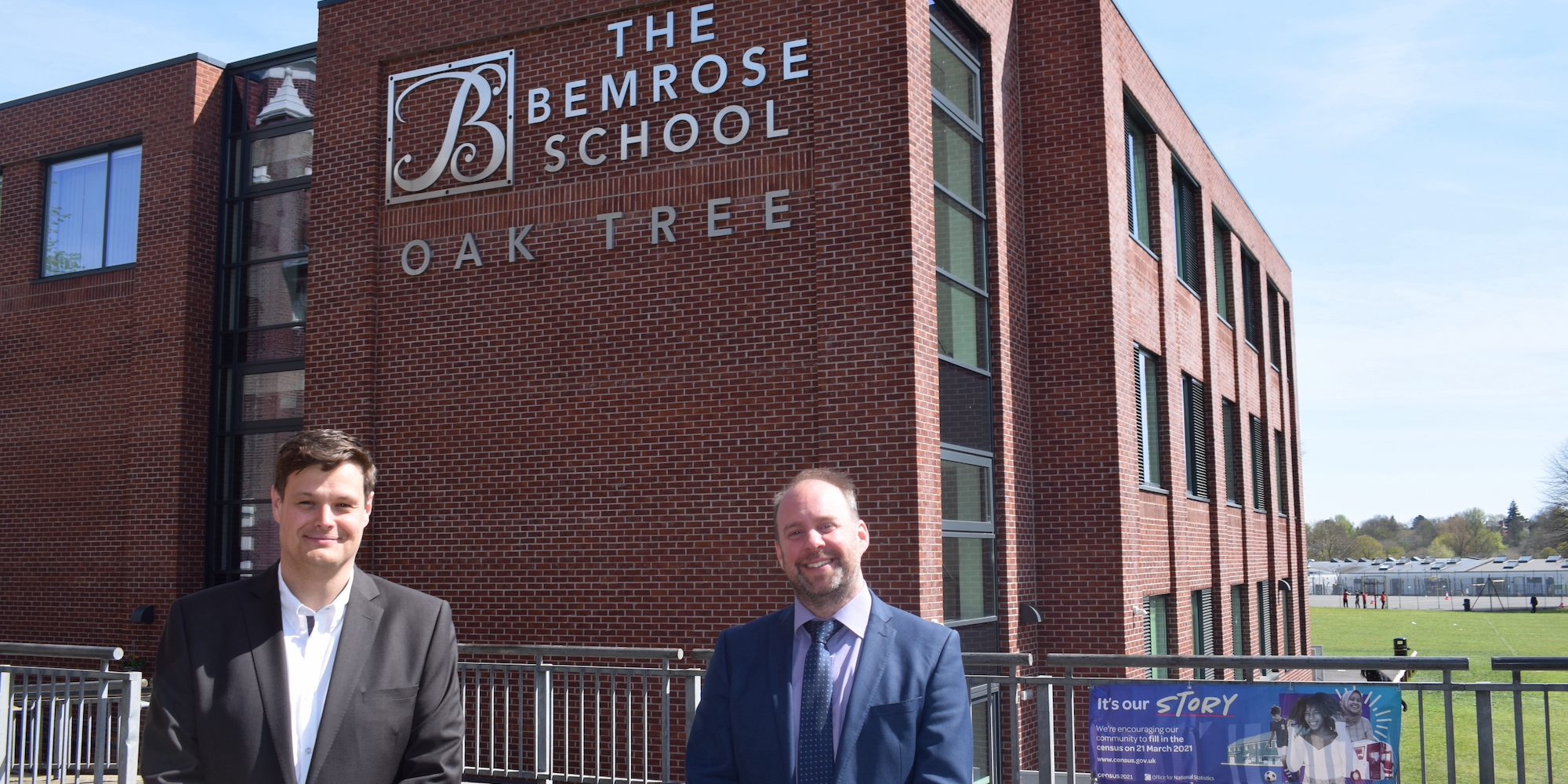 We are delighted to announce that our successful, new, start-up company, School Transition Limited, has developed and released a new software portal that enables schools to seamlessly transfer data for pupils transitioning from primary to secondary education. The new solution is expected to save schools thousands of pounds in administration by removing the need to re-key and double-check data, which often involves the manual completion of up to 13 separate spreadsheets.

Following a successful trial across Derby City last year, the innovative software has been adopted throughout Derby City Schools, saving education providers thousands of pounds in reduced admin costs, and more importantly aiding a smoother transition for children at what can be a difficult time.

The software named the ‘Primary to Secondary Transition Portal’ has been developed in conjunction with James Dachtler from The Bemrose School, The School Development Support Agency (SDSA) and Derby City Council, utilising Opportunity Area funding to improve outcomes for Derby City children.

Since the trial project in 2020 for Derby City children, School Transition Limited expects demand for the software to be high, as other schools and Local Education Authorities UK wide understand the many time and cost-saving benefits are delivered by using the new software. It has proved invaluable during the Covid-19 pandemic, allowing for effective communication between schools without the need for face-to-face, in-person, communication.

The vision for the Primary to Secondary Transition Portal began with James Dachtler several years ago. Having worked as Transition Lead at an inner-city school in Derby for over 10 years, James knew that there had to be a better solution to the time-consuming, inefficient transition process for primary school pupils transitioning to secondary schools.  James’ vision was a transition portal that focused on communication between primary and secondary schools, to improve outcomes for Derby City students.

To achieve his vision, James needed to work with an individual capable of developing, deploying and supporting such an ambitious city-wide project. James chose to work with Mark Fryers, owner of Link ICT Services, a trusted IT support company based in Derby which specialises in education as a sector.

School Transition Limited was founded and continues to be supported by Link ICT Services, which deploys the platform and provides high levels of user support services to those using the School Transition Portal.

Commenting, Mark Fryers, owner of Link ICT Services and School Transition Limited said, “My background in education IT support means I have extensive experience of helping schools and businesses get the most from the IT systems and hardware. Link ICT has provided IT support to The Bemrose School for many years and when they approached us for a solution to enable the secure transfer of data for pupils at transition time, we were delighted to help develop the software. Our relationship with schools across the city has meant that we have a deep understanding of the school’s needs, which has been key to developing the software. Following the success of the portal last year, we have been able to make the step for School Transition to become a company in its own right.”

School Transition places children, not data, at the center of their platforms. It enables open dialogue between schools to ensure that every child is well known at their destination school. The Transition Portal places the emphasis on filling out information for the pupil, not the destination, and creates a centralised system for student movement at transition time. The Primary to Secondary Transition Portal encompasses many features, including allowing schools to transfer files, bringing attention to pupils who may need additional support, and arranging virtual meetings. Through using their expert education knowledge, working with teaching professionals, alongside an innovative development team, School Transition now sits at the forefront of Education Software Development. From the initial Primary to Secondary Transition Portal, School Transition has been further developed to support pupils transitioning from Nursery all the way through to Post-16 and Further Education.

Speaking on behalf of the School Development Support Agency (SDSA), Peter Chilvers stated, “The School Transition Portal has been really effective in ensuring that there is a good flow of accurate and high-quality information between all schools in Derby. It has improved practice and removed lots of variation and inconsistency that previously existed. The task of primary staff has become more streamlined and efficient, the rich information received by secondary schools is really valuable, and there is a far better chance of ensuring that the transfer of all children, and especially those who might find it daunting, is well supported.”

James Dachtler added, “Ensuring the safe transfer of sensitive pupil admission data when they transition from school to school is a perennial issue. Particularly when this needs to be done in bulk when learners move from primary to secondary education. Some schools have developed their own solutions which involve the lengthy process of importing encrypted files, but we believe that we now have a secure portal solution that can be rolled out across the UK and adopted by Councils and Local Education Authorities.”

School Transition has opened the system to Derby City schools in time for the Summer 2021 transition of pupils from primary to secondary education. They are also in discussion with other Local Education Authorities to grow the portal to support many other children and schools.

Get in touch, we’d love to hear from you!